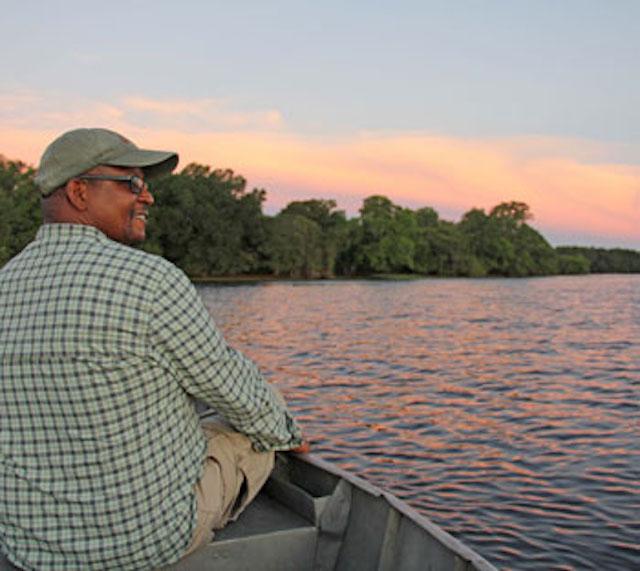 I have always been drawn to science, in particular to science-based questions such as how and why. I am particularly interested in applying information gained from scientific exploration directly towards understanding how species function in ecological systems and developing or improving how we manage animals within those systems. The field of conservation biology lends itself to these direct inquiries of how and why especially towards understanding how to manage ex situ animals destined for reintroduction.
Effective species conservation is of crucial importance because the anthropogenic activities prevalent in the world today negatively impact nearly every aspect of the natural world. The effect of these activities on species abundance and biodiversity is either direct as a result of harvesting or exploitation, such as over-hunting and illegal trade of animals, or indirect as a result of environmental and ecological changes, such as climate change and watershed manipulation. These intrusions ultimately cause species declines, and can lead to local extirpation, or without managed intervention, species extinction. Consequently, developing an understanding of how to manage animals ex situ to maximize the likelihood of their survival when introduced into the wild is a promising tool for enhancing species conservation programs.
The pilot propagation and release program for Mt. Graham red squirrel (Tamiasciurus fremonti grahamensis) is an example of one such effort. This subspecies was listed as critically endangered in 1987, due to drastic population decline caused by forest wildfire and subsequent disease that severely impacted its habitat and resource availability. Although studied extensively in the wild, the Mt. Graham red squirrel has yet to reproduce in an ex situ setting, placing importance on developing an efficient propagation and release program, coupled with an active habitat improvement program, as an essential component of the conservation of this species.

Due to the imperiled nature of T. f. grahamensis, the future survival of this species may rely on augmentation of ex situ propagated individuals to replenish the wild population. Much is known about the habitat preferences, foraging requirements, and social structure of Mount Graham red squirrels in the wild (Brown 1984, Sanderson 2009, Steele 1998.) Both sexes are solitary and have are extremely territorial (Sanderson and Koprowski 2009.) They are larder hoarders and maintain a “midden” that also serves to demarcate their territory (Sanderson and Koprowski 2009.) Intense territorial aggression is relaxed during the breeding season when males seek out receptive females to breed. It is believed that the female estrus cycles occur only one per breeding season (Steele 1998), and female receptivity is thought only to occur within a four or six-hour window (USFWS 2015.) Although the Mount Graham red squirrels have been held ex situ successfully (Wells, 2012), ex situ reproduction has not yet occurred.

My research will use known hormone markers to ascertain and validate physiological patterns indicative of estrus, and by examining the associated male to female behavioral responses. Behavior-physiological information will then be used to develop management techniques to determine when to introduce pairs for breeding while minimizing the likelihood of injury, or estrus disruption  due to aggression. Finally, I will also investigate optimal methods for ex situ rearing to maximize survival of individual squirrel translocated to in situ by attempting to create ex situ rearing conditions indicative of ideal habitat, or by mimicking natal dispersal cues (Merrick and Koprowski, 2016.)