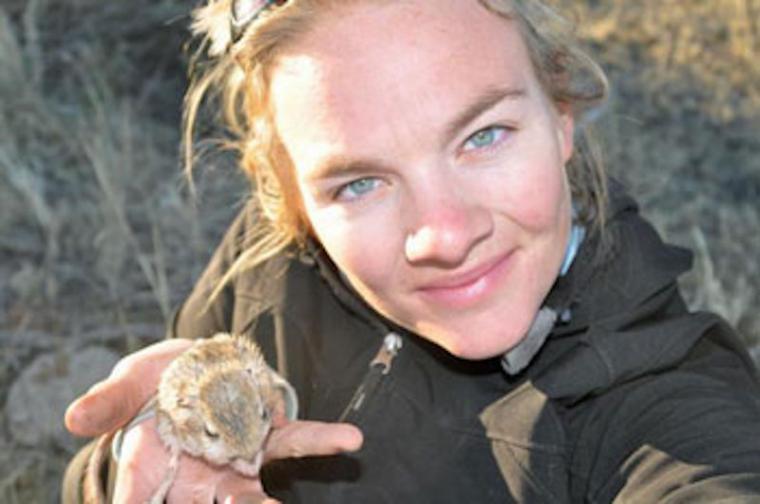 The loss of biodiversity can have profound effects on an ecosystem, especially when a species lost is important to that ecosystem. The keystone species concept was introduced over 40 years ago, by Paine, referring to the role of the starfish Pisaster ochraceus and tritons Charonia spp. in the marine littoral zone (Paine 1969, Mills et al. 1993). A keystone species is exceptionally important in maintaining the organization and diversity of their community (Mills et al. 1993), and has been defined as a species whose impact on its community or ecosystem is large, and disproportionately large relative to its abundance (Power et al. 1996).

The black-tailed prairie dog (BTPD: Cynomys ludovicianus) is considered a keystone species, and was extirpated by humans from its historical range in Arizona by 1960. The BTPD is seen as a pest by many people, but these ecosystem engineers provide burrows for other species (e.g. burrowing owls [Athene cunicularia] and rattlesnakes [Crotalus sp.]), excavate nutrient rich soil that, in turn, provides rich vegetation for grazers, and serve as a food source for many carnivores and birds of prey. Between 2008 and 2011 Arizona Game and Fish Department translocated approximately 380

historical range. In 2012 a fourth site was populated with prairie dogs from Las Cienegas.

1) Why do colonies exhibit the survival and reproductive rates observed?

2) What is the fate of dispersers, and why do certain individuals disperse from colonies?

3) Do translocated BTPDs establish a role as a keystone species?

My results will provide important information for future management decisions, reduce human-prairie dog conflicts by documenting the impacts of their presence, assess their keystone species status, and provide information about where to introduce new colonies.

Where is Sarah now?