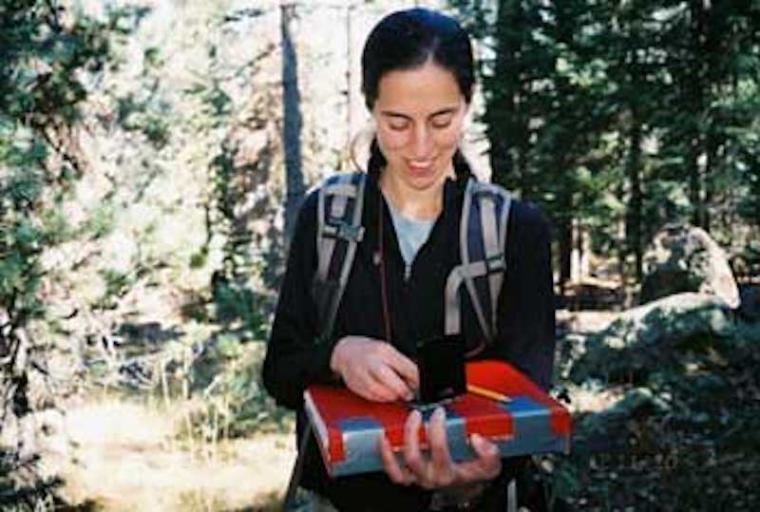 Competition for conifer cones as a potential mechanism of endangerment for the Mt. Graham red squirrel

Non-native species are a major cause of endangerment for native species, but the mechanisms are often unclear. The sky island region of the southwestern US and northwestern Mexico supports many isolated endemic species that are restricted to high elevation forests and vulnerable to species invasions. One such range, the Pinaleño Mountains in southeastern Arizona, supports the entire population of the critically endangered Mount Graham red squirrel (Tamiasciurus hudsonicus grahamensis) (MGRS). A second tree species, the Abert’s squirrel (Sciurus aberti) was introduced to the range in 1941 by Arizona Game and Fish Department for increased recreational hunting opportunities. Our field experiment quantified the impact of introduced Abert's squirrels on rates of food removal within the range of the MGRS. We placed single cones on 4m x 4m plots (1m spacing) at random locations in the forest and observed the rate of removal by both species of squirrel through direct observation and remote cameras. Then Abert’s squirrels were excluded from cone removal by placing cones in wire mesh tubes that were of small diameter, so that only MGRS could enter. burn severity? Does the landscape pattern (patchiness) of burn severity affect squirrel habitat use?

Where is Rebecca Now?