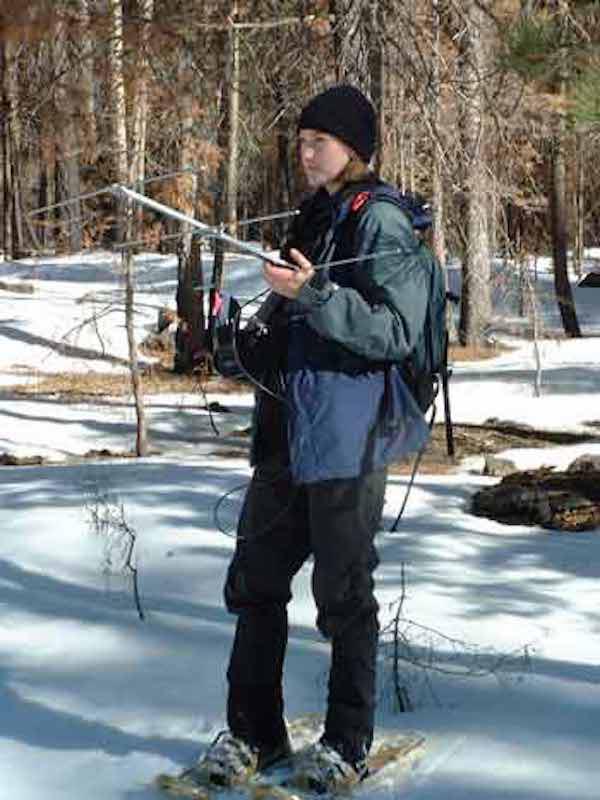 Variation among red squirrel populations: Ecological differences at the edge of their range and response to fire

Populations at the edge of their geographic range may inhabit areas with different habitat structure and resources than central populations, and thus may differ in population dynamics. Understanding these unique characteristics is especially important for populations of high conservation priority, such as the endangered Mt. Graham red squirrel (Tamiasciurus hudsonicus grahamensis). The Mt. Graham red squirrel (MGRS) is endemic to southeastern Arizona, represents the southernmost red squirrel population and is found at lower densities than conspecifics in the center of the range. To determine if differences are due to conditions at the southern periphery of the range, we compared habitat characteristics, demography, body mass, space use and nesting behavior with another subspecies located at the southern edge of the range, the Mogollon red squirrel (T. h. mogollonensis). In addition, we studied demography and behavior of MGRS inhabiting areas within and outside areas of low-intensity burn following the Nuttall fire complex in the Pinaleño Mountains (summer 2004).

Upon examining MGRS physical and behavioral traits between areas of no burn and low-intensity burn from the 2004 Nuttall fire, we found that body mass, proportion of individuals in reproductive condition, and distance squirrels traveled to nest did not differ between squirrels within and outside the perimeter of the fire. Within the perimeter, red squirrels had smaller home ranges and shifted territories less frequently and had shorter distances from their previously held territories than squirrels outside the perimeter. Mount Graham red squirrels evolved with patchy, low-intensity fires like those that burned in mixed-conifer forests in the Pinaleño Mountains and may be able to persist in areas affected by this level of disturbance.

Leonard, K. M. and J. L. Koprowski. 2009. A comparison of habitat use and demography of red squirrels at the southern edge of their range. American Midland Naturalist 162: 132-145. PDF of Article