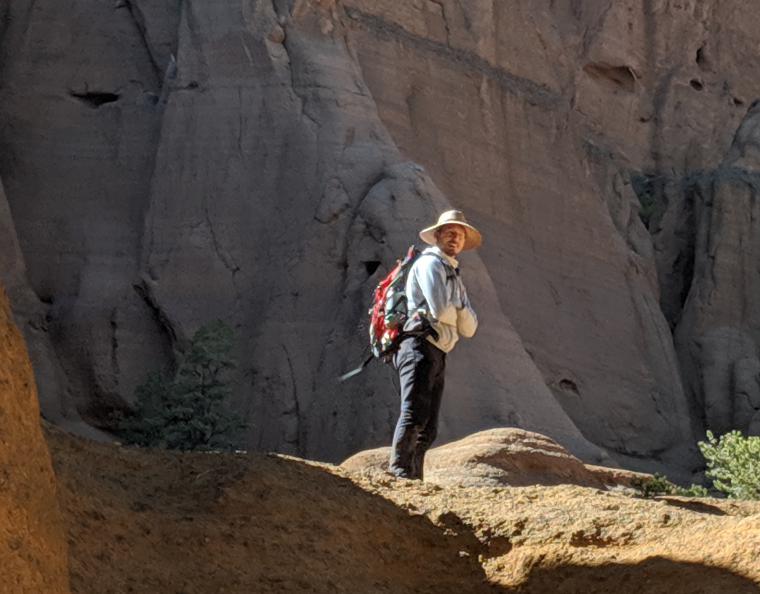 Chiricahua fox squirrels (Sciurus nayaritensis chiricahuae) are endemic to the Chiricahua Mountains of southeastern Arizona. A paucity of natural history information and uncertain conservation status served as impetus for us to initiate a descriptive ecological study of the species. In addition, we examined the impacts of human suppression of fire on patterns of habitat use and survival of Chiricahua fox squirrels in fire-suppressed and fire-prescribed areas of the Chiricahua Mountains. We used radiotelemetry techniques to elucidate space and habitat use, survivorship, and fire impacts in our investigation.

We found differences in habitat use and survival of squirrels in areas of the Chiricahua Mountains with differing fire regimes (suppressed vs. prescribed). Core areas of squirrels within fire-suppressed areas were larger and contained more understory shrubs than core areas of squirrels in fire-prescribed areas. Shrub cover and canopy heterogeneity influenced core-area size and distance traveled, and squirrels that were depredated traveled farther than conspecifics that survived, but shrub cover and canopy heterogeneity were not directly associated with squirrel survival. Suppression-induced increases in understory vegetation might force squirrels to travel greater distances to meet energetic requirements and thereby increase predation risk. Retention of mature forested canyons and restoration of natural fire regimes will be important for the persistence of Chiricahua fox squirrels.

Where is Bret Now?